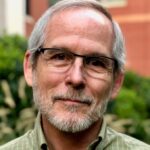 Kamm is the Cecil and Ida Green Distinguished Professor of Biological and Mechanical Engineering at MIT, where he has served on the faculty since 1978. Kamm has long been instrumental in developing research activities at the interface of biology and mechanics, formerly in cell and molecular mechanics, and now in engineered living systems.  Current interests are in developing models of healthy and diseased organ function using microfluidic technologies, with a focus on vascularization.  Kamm has fostered biomechanics as Chair of the US National Committee on Biomechanics (2006-2009) and of the World Council on Biomechanics (2006-2010).  He currently directs the NSF Science and Technology Center on Emergent Behaviors of Integrated Cellular Systems. He has received numerous awards including the ASME Lissner Medal (2010) and the ESB Huiskes Medal (2015), both for lifetime achievements, and is the inaugural recipient of the ASME Nerem Medal for mentoring and education. In 2020 he received the Shu Chien Award from the Cell and Molecular Engineering Division of BMES.  He was elected to the National Academy of Medicine in 2010. Kamm is co-founder of two companies, Cardiovascular Technologies, and AIM Biotech, a manufacturer of microfluidic systems for 3D culture.

• Explore how a flexible, easy-to-use chip design is introduced for tissue- or organ-on-chip models • Understand how one application is a blood-brain barrier model that recapitulates both the function (permeability) and morphology of the human BBB • Review how a second application is a model for subcutaneous delivery of mAbs for prediction of bioavailabilityRead more

day: TRACK B- DAY ONE MORNING